Registrations for this tournament are closed

This tournament has reached the maximum number of players that can register. For more information, please contact the organizer at kevinjenkinstournament@gmail.com.


Monday May 13, 2019
Become A Sponsor
Looking to sponsor this tournament?
Contact Us!

More so, the Frederick County Career Fire Fighters Benevolent Fund was established after Brother Kevin Jenkins lost his battle to liver cancer. Kevin started his career with Frederick County Fire and Rescue in calendar year 2000 and provided dedicated service to the citizens of Frederick County for 12 years.  As a result of his illness, Kevin was forced to retire from an occupation he loved. Although, Kevin was stationed at several stations throughout Frederick County during his career, he spent most of his time at the Independent Hose Company #1 on Baughmans Lane. Sadly, Kevin lost his battle with cancer in October of 2013 after a long, hard fought fight against a terrible disease. Remarkably, Kevin was a fighter and fought till the very end. Kevin is survived by his wife Sam and daughter Ashley. Kevin left a lasting mark on Frederick County Fire/Rescue, his colleagues, and touched many lives throughout his public safety career.

Currently, the Frederick County Career Firefighters, Local 3666, is in the planning stages for our 6th Annual Kevin Jenkins Memorial Golf Tournament, to be held on Monday, May 13th, 2019 at the Glade Valley Golf Club in Walkersville, Maryland. All proceeds from this tournament will solely support the Frederick County Career Firefighters Benevolent Fund, a registered Maryland 501(C)3 organization.  This event has been a success for the past 5 years and continues to grow with every tournament. To date, we have raised over $40,000 dollars for the Benevolent Fund.

If you have any Questions or concerns, please contact Andy Smith at kevinjenkinstournament@gmail.com or (240) 675-0765

Thank you for your continued support and we hope to see you at the tournament! 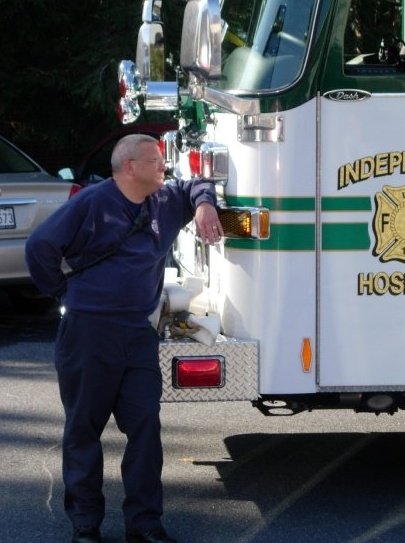 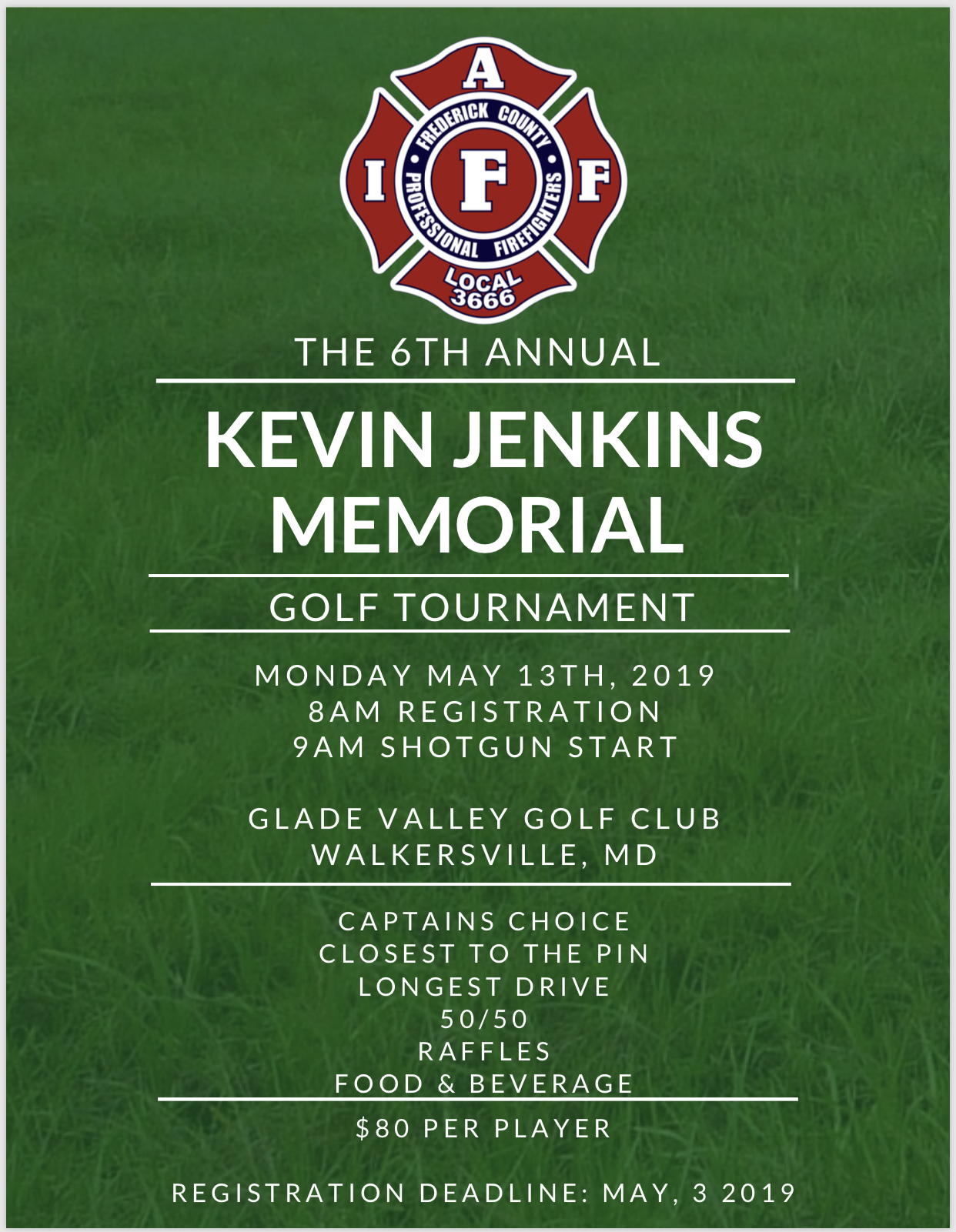